You are here: Home > Articles > Norwich 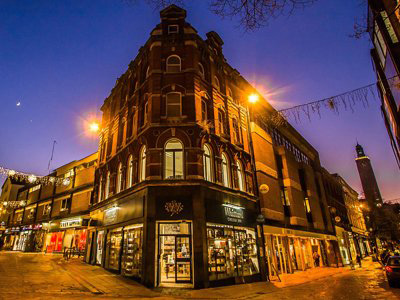 The City of Norwich, Norfolk

The 'Fine City' of Norwich in Norfolk

Norwich has been known throughout history as a fine city and is renowned for its iconic Norman castle, its cathedral and flint city walls, parts of which are still visible today. During the Middle Ages it was the largest walled town in England and still has many well-preserved medieval buildings and remains. Today, it is a bustling and thriving city catering well for the many visitors and tourists who come to see Norfolk's county town and the many historical sights and attractions it has to offer such as the St John the Baptist cathedral and the ruins of Cow Tower. It has ben said that Norwich once had a church for every week in the year and a pub (tavern) for every day! Norwich Castle, which was built by William the Conqueror following the Norman invasion, is a scheduled ancient monument and a grade 1 listed building with its own museum and information centre. The castle keep was built on an artificial mound which dates from before the Roman occupation.

Norwich has had its share of troubled times in the past and one of the most documented was the 1549 Peasants' Revolt - known as Kett's Rebellion at the time. This was a rising of Norfolk's peasants led by Robert Kett, an educated man from Wymondham, who would not accept the enclosing of public and common lands. Rallying his followers, Kett led the 10,000 angry peasants to Norwich where they eventually managed to occupy the city, albeit for a short time. Afterwards, Norwich was relieved by King Edward VI's forces and Robert Kett was tried for treason, imprisoned and later hanged from the wall of Norwich Castle. It is said that the ghostly sight of Kett's body can sometimes be seen hanging from the top of the castle keep.

Public parks in Norwich are open and a number of sporting activities are available for those who want to let off steam. These include free basketball facilities at a range of sites, the world-class BMX track at Sloughbottom Park, the footgolf and pitch and putt courses at Eaton Park and Mousehold, and skate parks at Eaton Park and several other sites.

Today is:
Copyright © 2017-2022 caistercaravan.co.uk. All rights reserved.
CaisterCaravan is not responsible for the content of external sites.
Designated trademarks, logos, brands and images are the copyright and/or property of their respective owners.
Great Yarmouth Tourist Office, Maritime House, 25 Marine Parade, Great Yarmouth NR30 2EN
www.great-yarmouth.co.uk
You are here:
Ref: 1096