You are here: Home > Articles > Winterton-on-Sea 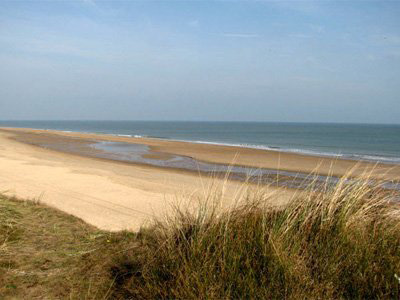 Winterton-on-Sea is a small, pretty village on Norfolk's east coast and is perfect for quiet holidays and day-trips. It is an unspoilt former fishing village with a wide, sandy dog-friendly beach which stretches for miles and is often described by visitors as 'picture-perfect' and 'the best local seaside village'. The beach is backed by sand dunes which are now a National Nature Reserve and a Site of Special Scientific Interest and stretch all the way to Horsey, and they are a haven for wildlife, birdwatching and seal colonies. It has a long history and is mentioned in the Domesday Book, and has its roots in local farming and fishing. There are several interesting local walks including a lovely, popular circular walk through the dunes, fields and local woodland to the village and its pretty little thatched cottages and floral displays. Winterton-on-Sea is a peaceful, laid-back village with a general shop, Post Office, a quaint village pub and a local fish and chip shop. There is a large car park near the beach. Just north of Winterton a colony of grey seals live and can be regularly seen basking on the beach or popping their heads above the water. Winterton-on-Sea is only 5 miles from Caister-on-Sea Holiday Park, 9 miles east of Norwich, 13 miles from Happisburgh and 17 miles from Wroxham.

Holy Trinity and All Saints Church

Winterton's historical parish church, Holy Trinity and All Saints, is a magnificent building with the usual Norfolk high tower which dominates the landscape and has traditionally been used as a landmark by mariners. The church has one of the tallest 14th-century church towers in Norfolk which stands at over 130 feet high. In 1927 Father Clarence Porter created a memorial to the Fishermen of Winterton which stands in the nave. The church, which offers commanding views across north-east Norfolk and over the North Sea (147 narrow steps to the top), is usually open daily until dusk and is located on Black Street, Winterton-on-Sea, Norfolk NR29 4AW. On a clear day, views stretch as far as Happisburgh lighthouse to the north and past Caister water tower to the south.

The eighteenth-century Winterton-on-Sea Lighthouse was switched off for the last time in 1921 bringing to an end nearly three centuries of this Winterton site displaying sea lights to aid mariners. The purpose of the lighthouse was to mark the safe entry point for vessels approaching from the north as Winterton Ness was considered to be the most dangerous part of the voyage between Scotland and London. During the First World War it served as a military lookout post as well. The lighthouse was sold by auction in 1922 without its lantern and equipment and used as a holiday home. In 1939 it was commandeered again by the military, who added a brickwork lookout above the level of the gallery at the outbreak of the Second World War. After this, the lighthouse became a private residence again until 1965 when it was sold to the owners of a nearby hotel. The lighthouse is mentioned in Daniel Defoe's original text of Robinson Crusoe.

Today is:
Copyright © 2017-2022 caistercaravan.co.uk. All rights reserved.
CaisterCaravan is not responsible for the content of external sites.
Designated trademarks, logos, brands and images are the copyright and/or property of their respective owners.
Great Yarmouth Tourist Office, Maritime House, 25 Marine Parade, Great Yarmouth NR30 2EN
www.great-yarmouth.co.uk
You are here:
Ref: 4891 11168