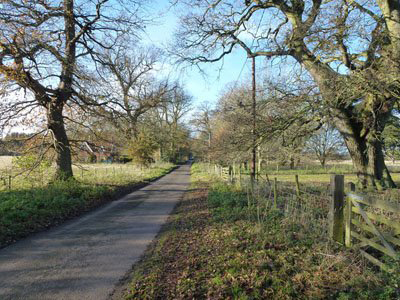 The Five Areas of Norfolk

Norfolk is a mostly rural county in East Anglia and is a popular tourist and holiday destination. It is home to the lakes and rivers of the Norfolk Broads, some of the finest British sandy beaches on the eastern North Sea coast, and The Queen's residence at Sandringham House which is an all year round tourist attraction. Arthur Conan Doyle first conceived the idea for The Hound of the Baskervilles whilst holidaying in Cromer after hearing local folklore tales regarding the mysterious devil hound known as Black Shuck.

The five distinct areas of Norfolk are Fenland, Broadland, Breckland, the coastal marshes and central Norfolk.

The Fenland is a large, flat area of rich soil in the west of Norfolk. Originally it was wet and marshy but the water was pumped out and drained away long ago. The result was the growing of crops considered to be the best in the country.

Broadland is in eastern Norfolk and takes its name from the many broads or lakes in the valleys of the rivers Bure, Yare and Waveney. These lakes are flooded peat cuttings, dug mainly during the middle ages. Nowadays, every year thousands of people visit the Broads as they provide the finest boating holidays and leisure breaks in Britain.

Breckland in southwest Norfolk is named after the brecks (big fields) which used to be farmed for a short time then left fallow (with no crops growing on them) for some years because the soil quality was poor. The second largest forest in Britain was planted in this area, and many square miles were also used by the army for training.

On the north coast there are large salt marshes washed by high tides and protected from the sea by sand dunes and pebbly beaches.

Central Norfolk makes up the rest of the county. In this part the soil is mainly clay, and there are still large woods and rows of hedges with many trees. Once central Norfolk was mostly forest, but now there is a lot of fertile farm land.

Norfolk, with its many different soils ranging from chalk to peat, with levels from fens to hills and a long coastline, has many plants and animals. Some of these cannot be found in any other English county, and nature reserves were therefore set up in many places to protect them. Two of the best known of these are Blakeney Point and Scolt Head Island in the north.

Today is:
Copyright © 2017-2022 caistercaravan.co.uk. All rights reserved.
CaisterCaravan is not responsible for the content of external sites.
Designated trademarks, logos, brands and images are the copyright and/or property of their respective owners.
Great Yarmouth Tourist Office, Maritime House, 25 Marine Parade, Great Yarmouth NR30 2EN
www.great-yarmouth.co.uk
You are here:
Ref: 4933 11210