You are here: Home > Articles > Norfolk Flora and Fauna 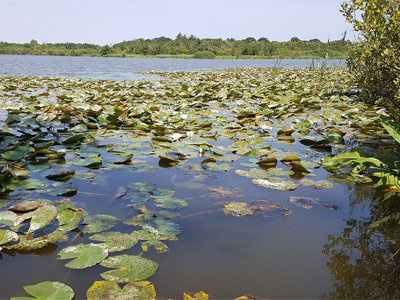 Flora and Fauna in North Norfolk

Owing to the varied nature of its surface, heathland, bogs, marshland, sandhills, salt marshes, clay land all being contained within its borders, Norfolk possesses an abundant and interesting flora, and very few of the plants which at some time or another have been found in the county have become extinct. The Broadland is especially rich in marsh and aquatic plants, some of the rush marshes, where the peat is covered by bright-hued bog mosses, being veritable wild flower gardens. Many of the marsh dykes contain the curious aloe-like Water Soldier, and also Bladderwort, Water Violet, several varieties of Water Crowfoot, Greater Spearwort, and some rare kinds of pond-weeds. The Marsh Senecio and Marsh Sowthistle still linger, but are exceedingly rare. The Holly-leaved Naias was discovered in Hickling Broad back in 1883, for the first time in England. On some of the marshes the Milk Parsley grows freely. Of the plants almost or entirely confined to the Eastern counties, Norfolk possesses the Jagged Chickweed, which grows on old walls near Norwich.

Norfolk is noted for its native bird population and the great number of birds which either annually or ocasionally visit it. The wild tracts of salt and 'meal' marshes near the sea, and the quiet lagoons and reed-fringed rivers of east Norfolk, are at all times frequented by a greater number of species than are to be found in any other county, and in autumn and winter, when the wild fowl are driven southward from the frozen north; and in spring and summer, when the summer migrants arrive on our shores, this number is largely increased. However, birds that no longer breed in Norfolk include the Avocet, Spoonbill, Great Bustard, Bittern, Little Bittern, Ruff, Black Tern, Black-tailed Godwit, Raven, Peregrine Falcon, Buzzard and Kite.

Today is:
Copyright © 2017-2022 caistercaravan.co.uk. All rights reserved.
CaisterCaravan is not responsible for the content of external sites.
Designated trademarks, logos, brands and images are the copyright and/or property of their respective owners.
Great Yarmouth Tourist Office, Maritime House, 25 Marine Parade, Great Yarmouth NR30 2EN
www.great-yarmouth.co.uk
You are here:
Ref: 4887 11164