You are here: Home > Villages > Filby 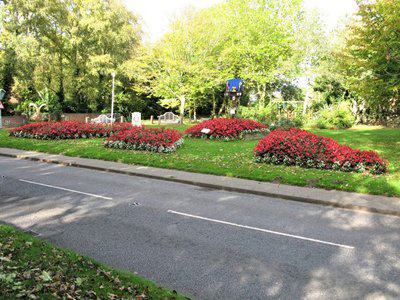 The Attractive Village of Filby

The Village of Filby in Norfolk

Filby is a pretty village on the shores of Filby Broad which is one of the unique clear Trinity Broads in Norfolk. This historic and charming rural village can trace its roots back to the Viking days and is now part of an area designated as a Site of Special Scientific Interest and has won the village category of the RHS Britain in Bloom competition several times. The beautiful and attractive flower arrangements along the roadside are some of the best to be seen throughout the country.

The village name Filby is derived from the Viking File the Dane and during the Viking era circa 800AD many of the surrounding villages were given Danish names ending in 'by' which means 'new settlement'.

Filby's Church of England Church of All Saints is a Grade 2 Listed Building and within the South Trinity Broads Parish and the Diocese of Norwich. It is a Medieval church building with a 15th century painted rood screen dado. The present church, begun in about 1350, stands on the site of the original building and contains a 13th century font, a monument by Hermann of Dresden to Charles Lucas, and original ironwork and seven locks on the tower staircase. The church also has five 17th century bells.

Filby is located just 4 miles from Caister-on-Sea Holiday Park and 6 miles from Great Yarmouth. The village benefits from a Post Office and supermarket in a small parade of shops, a popular restaurant serving lunch and dinner, and some charming pubs. There are also several camping and caravan sites in the area.

Today is:
Copyright © 2017-2022 caistercaravan.co.uk. All rights reserved.
CaisterCaravan is not responsible for the content of external sites.
Designated trademarks, logos, brands and images are the copyright and/or property of their respective owners.
Great Yarmouth Tourist Office, Maritime House, 25 Marine Parade, Great Yarmouth NR30 2EN
www.great-yarmouth.co.uk
You are here:
Ref: 4926 11203