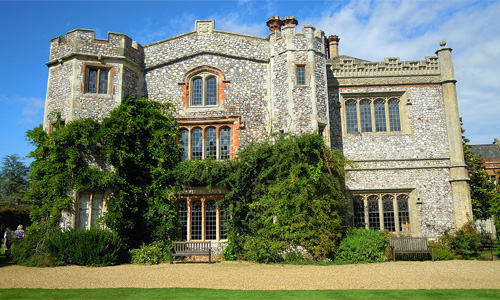 Mannington Hall near, Itteringham in Norfolk

The Library Ghost at Mannington Hall

15th-century Mannington Hall is situated in a shallow valley, surrounded by a moat and fields in the heart of Norfolk. It is 19 miles north of Norwich, east of the B1149. Visits inside the Hall are by appointment only but the delightful grounds, gardens and historic rose gardens are open generally between April and October on selected days of the week. Tel: 01263 584175

Mannington Hall in Norfolk dates from 1460 in the Middle Ages and is now a Grade II listed building. It is a large moated Gothic house and has been owned by the Walpole family since the late 1700's, and although it is a private home the gardens are open to the public. The house has a fascinating history and during the late nineteenth century it was the reputed scene of one of Norfolk's best-known ghost stories. This story was documented at the time by the Rev. Dr Augustus Jessopp (1823-1914), a well-known and trusted antiquary at the time.

On October 10, 1879 Dr Jessopp travelled from Norwich to Lord Orford's Mannington Hall to study some of the rare and obscure books in the library. He arrived at 4pm in the afternoon and later had dinner with the family. After a very pleasant evening together the family and their servants retired to their bedrooms leaving Dr Augustus Jessopp alone downstairs as he had previously requested. He wanted to study some of the rare books in the library. His intention was to work for a few hours reading and making notes from the books whilst sitting at a table near the fire with plenty of candles for light. 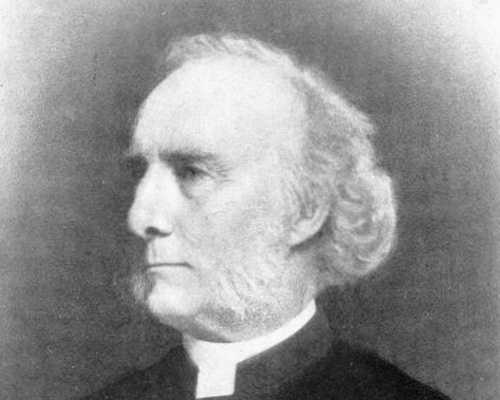 After a few hours had passed Dr Jessop was nearing the end of his work as he had almost finished with the final volume when he noticed a large white hand close to his elbow. He turned his head and saw the figure of a large man sitting by the table with his back to the fire, who looked as if he was examining the pile of books on the table that Dr Jessopp had finished with. He could not see the figure's face clearly as it was turned away from him but he noticed the closely cut reddish hair, the figure's high cheekbone and the side of the forehead. The figure was dressed in what looked like an ecclesiastical or religious habit. Dr Augustus Jessopp had no fear, just a sense of curiosity so he carried on with his work. He had considered making a sketch of the figure but his sketchpad was in his room upstairs. The apparition then suddenly vanished when Dr Jessop reached for another book on the table. Then, a few minutes later when he was about to finish his work, the figure appeared again in the same position but disappeared soon after when Dr Jessop placed his last book back on the table.

The following morning Dr Jessopp told the family what he had experienced in the library the previous evening and they said that they knew of nobody fitting the description of the apparition. They also explained to Dr Jessopp there had been no previous reports of paranormal activity at Mannington Hall.

This first-hand account by a well-known and respected Norfolk cleric remains an intriguing mystery to this day.

Today is:
Copyright © 2017-2022 caistercaravan.co.uk. All rights reserved.
CaisterCaravan is not responsible for the content of external sites.
Designated trademarks, logos, brands and images are the copyright and/or property of their respective owners.
Great Yarmouth Tourist Office, Maritime House, 25 Marine Parade, Great Yarmouth NR30 2EN
www.great-yarmouth.co.uk
You are here:
Ref: 3494 3160