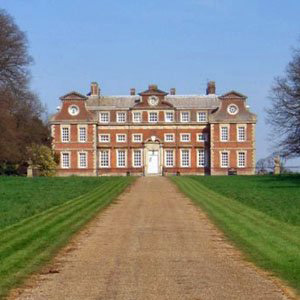 Raynham Hall is a Grade I listed building in Fakenham, Norfolk and was built in the early 17th century by Sir Roger Townshend. It is one of the oldest halls in Norfolk and was greatly influenced by European architecture and style, particularly the Italian contemporary red brick design. The interiors were redesigned by William Kent, Sir Roger's grandson, after 1725 on the instructions of the second Viscount Townshend who was an important political figure at the court of Queen Anne and King George I. However, Townshend soon became tired of politics and returned to farming at Raynham. He quickly beame a revolutionary agriculturalist and known as 'Turnip' Townshend after he introduced the Norfolk four course crop rotation which was to be used all over the world.

Work began on Raynham Hall in 1618 and it was mostly finished by 1637 when Sir Roger Townshend died. The estate covers 7,000 acres, which are mostly grass and trees, and covers the first seven miles of the River Wensum. Further improvements and additions to Raynham Hall were made in 1730s when some fine work was completed including the richly decorated doorways and the elaborate carved chimneys. It was to be the Townshend's family home for over 300 years. 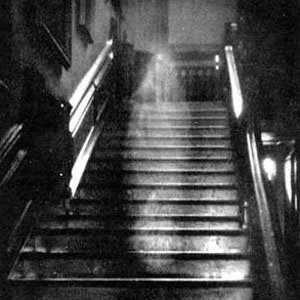 The Brown Lady at Raynham Hall

Paranormal Activity
The Raynham estate is also well-known for paranormal activity. 'Turnip' Townshend's wife Lady Dorothy Walpole was the sister of Britain's first Prime Minister Robert Walpole. Her husband was convinced he had reason to believe that she had been having an extra-marital affair so he had her locked up in a room of the hall and denied her access to her own children. She eventually suffered a miserable and painful death of smallpox in 1726. Since then, there have been numerous reports of her spirit wearing an old brown dress floating around Raynham Hall. The most famous report and photograph is of her apparition descending the stairs to the ground floor in the great hall. This photograph of 'the brown lady' is now one of the most famous ever captured of a ghostly apparition and was taken by a Country Life magazine photographer Captain Hubert C. Provand in 1936 during a visit to the Raynham Hall.

Today is:
Copyright © 2017-2022 caistercaravan.co.uk. All rights reserved.
CaisterCaravan is not responsible for the content of external sites.
Designated trademarks, logos, brands and images are the copyright and/or property of their respective owners.
Great Yarmouth Tourist Office, Maritime House, 25 Marine Parade, Great Yarmouth NR30 2EN
www.great-yarmouth.co.uk
You are here:
Ref: 4923 11200